IN UK and Ireland Cinemas

Larger than life in all conceivable ways, Gérard Depardieu can be a disruptive, unsteadying presence in films which fail to cater to the fact that he brings generous helping of Depardieu to any role he plays.

Constance Meyer’s highly enjoyable Critics’ Week opener Robuste not only takes this on board, it runs with it, casting Depardieu as Georges, an ageing French actor with a tendency to crash motorbikes and to embark on drunken misadventures.

“France without meat isn’t France,” he grumbles at one point, which is possibly the most Depardieu thing that anyone has ever said.

The film’s secret weapon, however, is Déborah Lukumuena, supremely assured as Aïssa, the temporary security guard with whom Georges forges a grudging friendship. 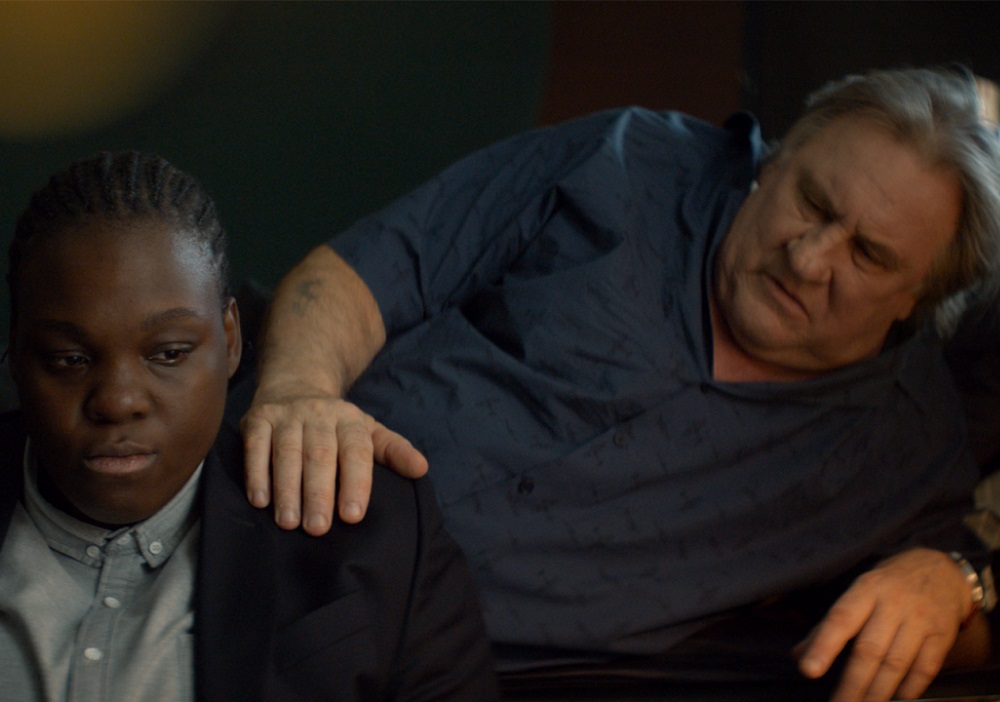 After studying history, Constance graduated from the NYU Tisch School of the Arts where she directed her first short films. In 2016, Rhapsody was selected by the Clermont-Ferrand and Locarno Film Festivals and won several awards. In 2018, she directed Private Eye as part of Canal+ “Polar” collection. Robust is her first feature.

Gérard Depardieu was born in Châteauroux, Indre, France, to Anne Jeanne Josèphe (Marillier) and René Maxime Lionel Depardieu, who was a metal worker and fireman.

Young delinquent and wanderer in the past, Depardieu started his acting career at the small traveling theatre “Café de la Gare”, along with Patrick Dewaere and Miou-Miou.

After minor roles in cinema, at last, he got his chance in Bertrand Blier’s Les Valseuses(1974). That film established a new type of hero in the French cinema and the actor’s popularity grew enormously.

Later, he diversified his screen image and became the leading French actor of the 80s and 90s. He was twice awarded a César as Best Actor for The Last Metro (1980) and Cyrano de Bergerac (1990), also received an Oscar nomination for “Cyrano” and a number of awards at international film festivals.

In 1996, he was distinguished by the highest French title of “Chevalier de la Légion d’Honneur”.

He married Elisabeth Depardieu in 1971, and they divorced in 1996; she appeared with him in Jean de Florette (1986) and Manon des Sources (1986); their children Guillaume Depardieu and Julie Depardieu are both actors.

In 2017, Déborah Lukumuena won the César Award for Best Supporting Actress for her role in a 2016 drama film Divines and became both the first black woman and the youngest winner in this category.